When you live in a city where crime rates are high, it’s more important than ever to be proactive when it comes to personal protection and self defense. With the right knowhow and preparation, you can remain safe and secure. 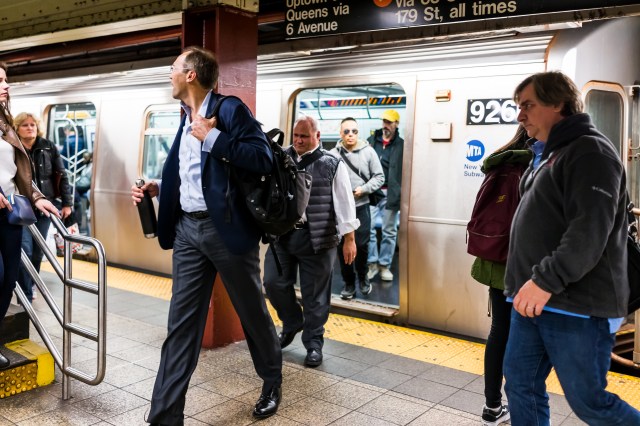 In the biggest cities in the United States, the COVID-19 pandemic has accentuated a long-time problem. As Fox News reported, since the start of the crisis, violent crime has been on the rise.

In New York City, violent crimes started increasing at the onset of COVID-19, and they’re still going up. According to the Police Department for the City of New York, crime statistics for the last week of March 2022 were up 35% over the same week last year. What’s more, year-to-date violent crime is up 44% compared to 2021.

Things aren’t much better in the Windy City. The Chicago Police Department’s crime statistics report shows that the last week of March 2022 saw a 38% increase in violent crime compared to the same week the year before, with a 36% increase in year-to-date statistics. Last year saw a 25-year high in murder rates for Chicago, and 2022 doesn’t look like it’s going to be much better.

Philadelphia also experienced its most violent year to date in 2021, and 2022 is outpacing it. And it’s no different in LA, Houston, and other metropolitan areas.

While it’s evident criminal behavior is increasing, there are things you can do to stay safe in the city when crime rates are on the rise.

Recent events in Brooklyn give a great example of how the increase in violent crimes impact public transit. On Tuesday, April 12, 2022, Frank James entered a Brooklyn subway car during morning rush hour traffic, set off two smoke grenades, and opened fire on the crowd, injuring more than two dozen people.

In New York, the rate of violent crimes in the subway has increased in recent years, according to The New York Times. The rate of felony assaults last year up to November was triple the figure for the same period in 2019.

To keep yourself safe on a city subway system, know the time of departure and where you get on and off. Download your city’s transit app to check for delays and confirm your route.

For those who ride the bus, stay alert at the bus stop. Don’t have earbuds in or get lost in a book. Consider waiting inside a nearby retail store (you can often verify exact pickup times through the transit app), especially if the bus stop is not well lit.

Whether you’re headed to work or out with your friends, you need to increase your awareness while walking city streets. Know where you’re going, the directions to get there, and stay on well-lit paths. If you can, avoid being out after dark. If you must, enlist a friend to come with you.

Walk with your head up and look around. If you feel like you’re being followed, head to where there is more of a crowd and avoid darting into deserted areas, like alleyways.

While Uber and Lyft are convenient, they do put you at risk as perpetrators can pose as drivers, luring unexpecting people into their vehicles. To maximize your safety, wait for your ride inside. Standing outside with your phone in your hand makes you an easy target.

Also, rideshare apps share vehicle information and driver name. Before getting into any vehicle, confirm the make, model, color, and license plate number and verify the driver. Be specific. Don’t say, “Are you Joe?” Instead, ask, “Can you verify your name for me?” or “What’s my name?”

During your ride, continue to pay attention to your surroundings and make sure you’re headed in the correct direction. If you’re in an unfamiliar city, use your GPS to ensure you’re going where you’re supposed to be.

No matter where you go in the city, you can provide another layer of personal protection with safety devices. Consider carrying items to alert others that you’re in distress, such as a whistle or torch light. You may also want to be prepared with something to deter a criminal such as pepper spray or a TASER device like the Strikelight 2 or Bolt 2.

When you live in a city where crime rates are high, it’s more important than ever to be proactive when it comes to personal protection and self defense. With the right knowhow and preparation, you can remain safe and secure. 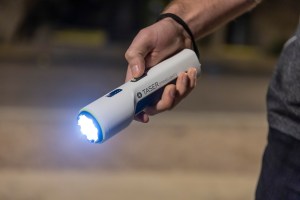 Everything You Need to Know About the New StrikeLight 2

The newest in the TASER Self-Defense line, the StrikeLight 2, is exactly what you need to increase y 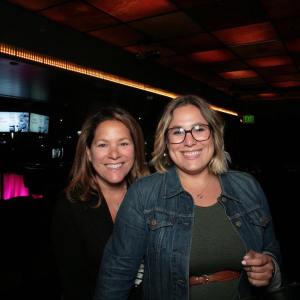 We sat down with Joelle Rozek, recent MBA grad from Pepperdine University in Los Angeles and TASER S

We sat down with Joelle Rozek, recent MBA grad from Pepperdine University in Los Angeles and TASER S

Everything You Need to Know About the New StrikeLight 2

The newest in the TASER Self-Defense line, the StrikeLight 2, is exactly what you need to increase y 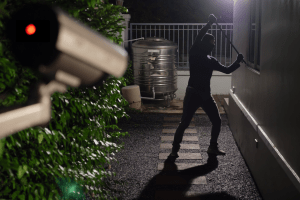 5 Things you need to stay safe in your home

While you can never completely protect yourself against burglary and break-ins, there are things you